When Someone Offers You Unsolicited and Unwanted Advice

I’m sure we’ve all been the recipient of unsolicited advice before, most likely on many occasions. You’re busy doing your own thing spending lots of time and energy to make it just so and then that one person comes along and tells you how you could and should be doing it. That their way is better and they’re about to tell you why. Geez…it’s those times that so many good people just want to throw in the towel and quit but I want to help you out today. I want to give you five steps to get through these interactions unscathed.

Obviously the first step is decide who the source is. Is this really a negative threat or not? This is where you need to look at the individual and make an educated guess as to their intentions. If it’s little old Sally from down the street that really does have the best of intentions for everyone at heart albeit if she’s also a major worry wart, then you can probably guess it’s just your turn under her radar. She most likely is just trying to look after you. Smile, give her hug, tell her Thank you and walk away.

On the other hand, if it’s not a sweet Sally and your internal warning system is going off about this person then it’s time for you to do some thought work.

It’s critical NOT to become reactive to their advice. Even if their motives are less than stellar sometimes the advice itself CAN STILL BE USEFUL.

This is hugely important. So often we see the person as a threat that we totally tune out the advice they’re giving you. It might be good stuff! So for a few moments, DON’T REACT. Listen, question the advice (NOT THE PERSON):

Is it useful? Does this help me? Is it valid? Can I take something from this?

Can you ignore that it’s “that person” that is offering you the advice for long enough to take it in and process it? Even if it was said with a biting tongue and a harsh delivery. Don’t read into anything else behind what was said just yet and process the advice only.

I know this is easier said than done. We’re highly inquisitive beings and we want to question their motives. WHY are they telling me this? What could they really mean by this? Don’t they see how much I’m doing already? etc. etc. Stop that. It’s NOT helping you. There isn’t an upside into guessing why they offered it to you. So don’t waste time and energy into going down that path. Stay focused on YOUR path. Process the actual advice. Can you use it? Do you want to use it? YOU get to decide!

Step Three: You could be right

Recognize that BOTH of you are right. What you’re doing and how you’re doing it might be great. Their way might be great too. Nine times out of ten there isn’t a one size fits all solution. There is always a better way to do things. Great leaders, great innovators, growth mindset people know this. They’re open to hearing new ideas.

The next time someone comes up to you and offers some advice to you, try saying this: “You could be right.” That’s it. Complete sentence. You can walk away. It validates them. It gives you time to process what they offered you without having to get defensive and process it right then and there. It’s a beautiful technique. Try it out.

Step Four: It’s NOT about YOU

I can’t tell you how often I tell this to clients, to my kids, to myself. We’re so good at making everything about US and the truth is…what they say, think, feel, and do has absolutely NOTHING to do with us. What they think or say says everything about them. It has to do with their history, their experiences. Maybe this advice is coming from their past and they’re worried things are going to replay a painful part of their past all over again. So just remember, it’s not about you.

I was asked to lead this music event a while back. It was a big deal that involved a lot of people and as you know, the more people involved in things, the more opinions are also involved too. There were so many people telling me things they did in the past. “Well, when I did it 30 years ago…” I would get so frustrated by their unwarranted advice and each time I’d try to make it about me. “What was wrong with the way I was doing it? Why didn’t they like how I was handling things?” – notice “I” – I wanted to make all those comments about me and what I was missing in all that was that IT WASN’T ABOUT ME. They were reminiscing their glory days. They wanted the event to be just as good and memorable as it was decades earlier and that’s okay. Just because I choose to do things differently didn’t condemn the event to failure. In fact, it was GREAT and probably just what was needed for this new group of youth.

We tend to create and add in all this extra pain questioning our abilities when someone offers us advice. This is the reactive way. We react first, get offended, frustrated, angry, etc THEN we try to think. It’s much harder this way.

Stick to the steps:
Who is the source?

You could be right

It’s NOT about YOU

Decide and then DROP the Drama

This is the last step. Step 5: Decide what you’re going to do then DROP the drama!

Now, you need to address it, there’s a small part of us that doesn’t want to hear their advice at all. We just want to be right and have everyone leave us alone to do what we’re doing. But…there’s that slight chance that maybe their way IS better. You don’t really feel like going that direction but now that they’ve said something you can’t get that tinge of doubt out of your mind! So instead of letting it stay and fester you need to ask yourself, “So What?” What if they ARE right? What if it flops and they were right? What if they come back and say “I told you so”, what if? What if? What if?

Is the world going to end? What’s the worst that can happen? Most of the time, it’s NOT really a big deal. Get really clean on you thinking. All the What if’s just create an endless stream of drama in your mind and it’s exhausting! Decide what YOU want to do. What’s best for this project/event/etc. Then get to work.

Get clean on WHY you’re doing what you’re doing and be okay that IF it does flop then it was SUPPOSED to. It was supposed to because it did and there’s no use arguing with reality. You were supposed to experience that. Everything happened just as it should.

But, most of the time IT DOESN’T flop. It works out GREAT. You are in charge for a reason – whether it’s Girl Scout cookie sales, giving a lesson at church, maybe it’s a huge event, or a family dinner, whatever it is. You get to rock on doing your thing.

Expect the advice to come. It ALWAYS comes and the more people it involves the more opinions there are so just EXPECT it. Don’t be surprised when it comes. You can totally do this! Embrace it, follow the steps, and just remember that there is a reason that you’re heading this up. It’s not supposed to be just like it was in the past. It’s something new, with someone new and it’s going to be great. 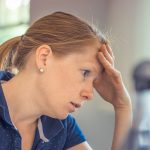 Frustration is a Matter of ExpectationBlog 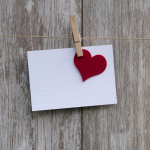