Frustration is a Matter of Expectation

Think of the last time you said the phrase, “I’m just so frustrated” – or some form of that line. How long ago was that? Did you experience frustration today? This week? How often? For how long?  Frustration seems to be an everyday, several times a day kind of feeling for most people. It doesn’t feel good and it keeps us from operating at our best selves. I have good news for you today…You don’t have to feel stuck or at the mercy of frustration ever again IF you don’t want to. Read on to learn the secret sauce to overcoming that pesky and ugly feeling.

Luis Von Ahn once said that,

“frustration is a matter of expectation”.

If you think back on those times that you felt frustrated can you also reflect back a little bit more and uncover an expectation that wasn’t met?

We get frustrated when we’re stuck in traffic because we had an expectation of the amount of time it was going to take to get somewhere. Now it’s taking longer than we had expected and frustration kicks in.

We get frustrated when you spend hours on something for your family and no one acknowledges it. But really, it wasn’t that they didn’t acknowledge it, the frustration came from an expectation that they’d notice and that they’d say something.

We get frustrated when the pen we grabbed to write down some information doesn’t have ink. We blame the pen but really it’s because we expected it to be full and write forever.

We get frustrated when it’s time to leave and the kids still haven’t found that missing shoe they’ve been “looking” for for the last half hour. Again, it’s not the kids that create the frustration but our expectation that they should have put their shoes away so that when it’s time to go they’ll know where BOTH shoes are.

I’m still holding expectations that my kids will eventually be fully dressed when it’s time to go and in the car on time instead of shoeless or sock-less. But when they don’t I know that I have the agency to choose whether I want to feel that frustration and for how long I want to feel it.

Others don’t feel anything when we’re frustrated only we feel that and it doesn’t feel good. Instead of feeling powerless and having frustration escalate to anger know that it IS a choice. Which is GREAT news because if it’s a choice to feel and create it then you also have the choice to create something different or to choose not to feel it.

See what comes up for you. It’s an eye opener for sure! 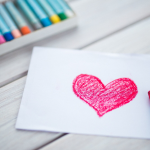 How to Keep that Valentine’s Spirit Up All Year LongBlog 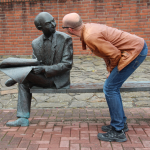