“Be a fruit loop in a bowl of Cheerios”

“Be a flamingo in a flock of pigeons”

“Be yourself, everybody else is already taken” – Oscar Wilde

“Better to be a nerd than one of the herd!” – Mandy Hale

“Be yourself, everybody else is already taken”

There’s several that we hear, see, read quite frequently and they sound great. Intellectually we get it. We don’t really want to be a clone to everyone else but we don’t necessarily want to be really different either.

Here’s the thing, we want so desperately to be special, to be a somebody that does something great in the world, to be noticed, recognized, appreciated for who we are and what we can do. And while we want to be special we don’t really like the idea and reality of being different.  While being special is defined as:

Being distinguished by some unusual quality

especially : being in some way superior or to be held in particular esteem or this one that I really like: designed for a particular purpose

Different on the other hand is defined as:

Partly or totally unlike others,

Not the same as, or unusual

It’s easy to see why we crave that specialness and argue with being different. Being different isn’t as appealing because when you’re different you might not get the recognition, or high esteem from others. Instead it’s different, unusual, not the same as.

Why do we want to be special?

Why do we want to be noticed, appreciated, recognized?

Have you ever stopped to ask yourself this?

My son was having a rather difficult time for a while. He didn’t feel like he fit in. There was a youth leader that he felt wasn’t really “on his side”. He actually felt like he was picking on him quite a bit. He’d bring up some things that made him different from the group – he’s homeschooled unlike the other kids. He’s also vegan which is really different than the rest of the kids. He spends a lot of time in music and practicing his cello which is different than a lot of those other kids he was hanging out with.

He’d talk to me about these things and started to look at them like they’re negative or bad things because this leader didn’t particularly agree with them, because he talked about them negatively my son started questioning if the things he did, the things that made him different were good after all.

We all do this. We all have something special about us. We’re all unique and different and it’s beautiful. I’m so grateful for a diverse world. But still, there’s this part of us that believes that if we’re different, if someone doesn’t like the things that make us different, then something must be wrong with me.

I want to ask you that question again, Why do you want to be special?

In our culture we’re trying so hard to be special. We have this inner need to be special but we don’t really want to be “different.” Think about books and movies. The main character, the heroine is usually different, special, right? But that person has something special that no one else does and that’s why they shine.

Whaaaaat? Seriously? His ideas were different. He was different. So glad he was, so glad he persisted.

Elvis Presley – After he performed at the Grand Ole Opry was told by the concert manager that he’d be better off driving trucks than singing. His style was DIFFERENT. Some people didn’t know what to do with his different approach to music.

Uh…thank you, thank you very much but NO THANKS.

Steve Jobs – Fired from his OWN company. His ideas were DIFFERENT. People didn’t think anyone would WANT the ideas he was pitching. Hard to believe that now, right?

Lucille Ball – Star of the I Love Lucy show was told she was a B- actress and her drama teachers encouraged her to try another career. She was DIFFERENT. Her style was different. And still decades later my family watches her unique style and artistry weekly. We do LOVE Lucy. So grateful she did’t listen to the people at first.

These iconic people were DIFFERENT. They were unusual, totally unlike the others in their fields. They didn’t receive the accolades that others received at first but they persisted. They didn’t give up on their uniqueness and creativity.

They had to get a place inside themselves where they could love and appreciate their unique qualities and contributions. They had to have vision and know that it’s not about the applause or the validation or attention from others. They persisted because they valued their light and wanted to share it, not for others but because like, Anais Non says,

“And the day came when the risk to remain tight in a bud was more painful than the risk it took to blossom.”

Be different. You’re not supposed to just like the crowd. You’re too precious and beautifully special to hide your talents, to cower and hide yourself.

“Stand out. Be different. Be a light.”

The only difference between special and different is YOUR interpretation of it. Be different for you. Share YOUR light.

If you need help with this set up a FREE mini session – 20 minutes of coaching and I promise you, you’ll leave with tools to help you foster and repair this relationship. Book that HERE

I’m short on spaces so make sure to sign up QUICK! I only schedule 2 per week – first come, first serve – don’t wait! THIS IS GOLD!!! You won’t regret it. 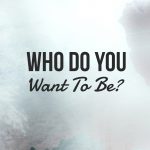 Who Do You Want To Be?Blog, TEEN SPOT 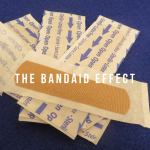