We’ve all seen the phrase, “You are enough”, right? You do enough, you say enough, you are enough. I’ve never liked this phrase. For so many women it’s just something that’s not believable. Anytime they do something good and even thought for a moment that what they did was praiseworthy their inner voice quickly reminds them of all the other ten billion plus areas that still needed to be improved and are yet lacking. Putting them right “back in their place”. Sounds fun, yes? Oh, Thanks inner me. Like I could forget.

So when a lot of women hear the phrase, “you are enough” It rubs them the wrong way. They don’t feel like they’re enough. They’re way too aware of all of their faults, of all the areas that still aren’t enough. So it’s just better not to even dare tell themselves that. It’s just too painful to hear what comes after.

The inner chatter is almost too much to bear for a lot of women sometimes and it’s negatively effecting other areas of their lives. Most of the time they won’t say anything. It’s way too vulnerable and personal and PAINFUL so they just keep it hidden from the world. They keep it locked inside. They think they can hide it behind a smile and going about their daily routine. But at some point it becomes too agonizing and something needs to change.

I want to give you some help if this is you. What happens on the inside does reflect on the outside. It shows in your posture, in your ability to interact with others, in the words you say, and the things you allow yourself to do. Listening to this negative self talk is holding you back from more than you realize.

First I want you to realize and know that thoughts are just thoughts. We have roughly 70,000 thoughts per day. That’s averaging 35-48 thoughts PER MINUTE. That’s a lot of things swirling in that pretty head of yours. Now this is the most important thing to know, You are NOT your thoughts. Not every 35-48 thoughts that come at you each minute is going to be true. In fact, most aren’t.

Dr. Tasha Enrich says, “The act of thinking about ourselves isn’t necessarily correlated with knowing ourselves…the most time (we) spend in introspection, the less self-knowledge we have.”

Just because the thought popped up in our head isn’t a valid enough reason to believe it. So just knowing that there’s just a lot of things happening up there and that most of it is going to be made up and false is a good place to start.

When your brain wants to sell you on all the reasons you’re not enough you need to stop for a minute and start questioning what’s really going on.

Our brains are truly incredible. They’re constantly making connections, solving problems, and becoming more and more efficient…always. It’s always working. If you think of it like a factory and it’s job is to create thoughts and feelings all day long it’s going to do that. I mean, 48 thoughts per minute??? That’s pretty impressive, almost a thought per second! This factory needs a CEO. For most people their factories run on auto-pilot. It’s operating from old data and it will continue to do so, floundering almost UNTIL YOU step up and direct it in the way you want your “company” to go.

You have to give it a direction. Currently, if you’re focused on noticing all the “negative” things about you, you didn’t realize it but you just gave your huge factory their directive. “Oh, she wants us to find evidence for all the ways she failed at ________. On it!” It’s not evil. Your brain is not out to get you. It just wants to do it’s job. The job YOU unknowingly gave it.

Ever noticed when you, like YOU YOU, on a conscious level created a thought and within moments you had alllllll this evidence to back your statement up?

Like, Man, that was just terrible! I always mess things up! (You didn’t realize it but you just gave your factory something new to look for). “Quick! She wants the files from when she messed up in the past.” And your brain being the awesome and obedient power house it is, grabbed all those for you. Within seconds you now have recalled ALL THE WAYS you’ve “messed up” (or filed that away as a mess up) at your fingertips. You start to remember the time when you were five and you did something embarrassing on the playground. Then it brings up the time when you were in middle school and you wore mismatched shoes. Then it recalls the time you were in High school and you…on and on it goes.

So now you, hearing/recalling/reliving all these “fun” moments assume that, “yeah, I kinda stink”. And you sit there with all these negative files and feel really crummy. Okay, you didn’t realize it again but you just gave your factory another directive. “When we bring these files to her, release sadness, embarrassment, and shame, okay?” So now, each time you remotely have another experience or thought related to these you start feeling these feelings again.

You are waaaay more powerful than you realize and the trick is realizing that YOU are the CEO of your brain whether you’re consciously there or not. The auto-pilot you is really doing the best it can. It’s not sabotaging you, on purpose. It just doesn’t know any better. You need to step up and take the wheel and give yourself the direction that YOU WANT to take it.

When you start to tell yourself, I am enough – watch what happens. What thoughts come up? If they’re negative it’s ONLY because you’ve practiced this thought/feeling connection for a while. It’s now a habit and it’s going to take practice to break it, to reshape it, to take it in the direction you WANT it to go.

Start here. When you start hearing those negative thoughts pop up remember that YOU DON’T HAVE TO LISTEN. YOU ARE THE CEO! You are in charge! Tell it, as Uchtdorf says, “Stop It”. Say it again if you must. STOP IT. Again, again, again, and again. Just to break the cycle that you’ve been solidifying for x amount of years. Just stop it.

For years I really struggled with my body image. I thought I was fat for a long, long time. I was not fat but I believed I was and so I was. Then after YEARS, I mean YEARS of suffering through that I decided (notice that? I DECIDED, ms. CEO put her foot down) and simply said, STOP IT. Over and over I had to tell myself that. The more I’d tell myself that in the beginning the STRONGER those thoughts came at me. But, I’m stronger. I’m CEO, remember. It’s like my dad used to say when he’d umpire, “My bat, my ball, my rules.”

Stop it is a powerful phrase. Just stop the cycle. Interrupt it so you can decide which direction you want to take your amazing company.

When you finally stop those rapid thoughts firing at you it’s important that you fill it with something else. You brain needs to be constantly working on a problem. If YOU don’t give it something to do, it will FIND something to do and more often than not, it’s going to work on something you don’t want it to. So give it a direction YOU want to go.

Questions are a great way to start if you don’t really know what direction you want to go yet. Ask yourself questions. How might I be good at….? How does my body work positively for me? What am I good at? When was the last time I succeeded? What do I like about me?

Again, if you’re a blackbelt in negative thoughts your brain is automatically going to want to fire something back and you might not like what it has to say so simply say, stop it. Then re-direct it. Say, we’re not going in that direction any longer. We’re looking for…

Awareness, Interrupting, and re-directing. These three will be POWERFUL components to helping you take your “company” in the direction you want it to go.

Gordon B. Hinckley said, “You are a child of God of INFINITE capacity.” He did NOT say, you’re okay. You’ll do some little things in life. NO! He said you have INFINITE – never ending – capabilities. You are so more than enough there isn’t even a number on the great things you can do. For starters, you’re a CEO of an AMAZING company!

You get to decide. You absolutely can have what you want. You have infinite capacity. You are MORE than enough. 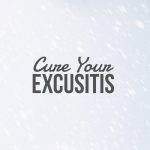 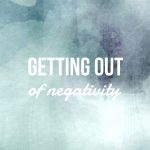