So many of us struggle with negative thoughts. We talk so ugly to ourselves about ourselves or we think such negative things about others and their actions. We let it stew and swirl in our minds and the thoughts just keep growing. Then we wonder why we’re grumpy or yelling or however you show up when you think these thoughts. The problem with thinking like this is that it FEELS TERRIBLE and YOU are the only one that feels that.

Generally what happens next is that you a.) stay where you’re at and continue thinking, feeling, acting negatively. You’re unhappy and chances are the people around you are negative too. OR B.) You recognize that you’re being negative and you want to change it NOW so you think positive thoughts and your brain rejects them and you go right back to thinking those negative thoughts again…and the cycle continues.

There is hope to ending that cycle…and it’s EASY. Really, it is. I’ll teach you how. But first, I want to tell you about Bob. “What about Bob?” is one of my favorite movies. It’s hilarious and a disclaimer: while we love it I do have to say that I did have to get it edited because of his rendition of what he thinks tourette’s syndrome is like. So the premise (taken straight from Google, thanks Google):

“Before going on vacation, self-involved psychiatrist Dr. Leo Marvin (Richard Dreyfuss) has the misfortune of taking on a new patient: Bob Wiley (Bill Murray). An exemplar of neediness and a compendium of phobias, Bob follows Marvin to his family’s country house. Dr. Marvin tries to get him to leave; the trouble is, everyone loves Bob. As his oblivious patient makes himself at home, Dr. Marvin loses his professional composure and, before long, may be ready for the loony bin himself.”

So in their first meeting Dr. Leo Marvin tells Bob about this “Ground breaking new book” he’s written called, Baby Steps. A book about setting small reasonable goals for yourself, just one tiny step at a time. I love it because Bob uses it for everything. Going down the stairs: “Baby stepping down the stairs, success!” He uses it for doing things he wouldn’t normally do like get into an elevator. But by this premise of just doing something TINY one bit after another huge leaps are made.

The concept is the SAME here. While we’re not setting small “goals” per say we are going to create TINY changes to our thoughts and statements. See, the problem with going from one negative extreme to a positive thought it that your brain is going to say, “uh, no…sorry” and it’ll reject that thought immediately! Then you end up right back where you were or WORSE in your thoughts.

Here’s an example: You see yourself in the mirror and think, I’m so fat. I hate myself and my body. So you remember that you don’t want to feel terrible and you don’t want to say that to yourself so you try to change it to, “No, I’m amazing and beautiful and I love me.”…and sunshine and rainbows and …no…your brain is going to pick out every flaw and tell you why you’re so not amazing and beautiful and you’re going to feel worse because you can’t jump ship like that so suddenly. You’ve been practicing that negative thought for so long you need to take baby steps to get there. Tiny changes to the thought you’re so set on believing right now.

The next baby step is going to add on to your neutral thought. You still can’t go right to: I’m amazing and the most beautiful creature on the planet -YET. So add onto the neutral:

“I have a body that is capable. I’m here and alive and healthy.” Another baby step.

Then add on to that once you’ve practiced this thought enough where you can go easily to this instead of the negative thoughts.

“I have a capable body. I’m a daughter of God. I have worth and value”

“My body is capable of carrying me through the day and I love me. I’m going to take care of me because I love me.”

and so on and so forth. You just need to START WITH A NEUTRAL. Start with one baby step at a time to get to where you want to be. This helps your brain acclimate to a positive sphere instead of sitting in the negative for so long. This applies to thoughts about others to.

If someone offended you and you just can’t think of them without feeling negatively try out a neutral thought.

There they are. Yup, there’s her face again. There she is. or There he is. Just a neutral. Again, it’s easy to step from here because it’s true. It’s a fact. You might even have to stay here a while just to retrain your brain to not go straight to the negative like it’s always done. Teach it to go to the neutral instead of the negative.

Say it over and over and over again until the urge to think negatively arises. Dieter F. Uchtdorf said this famous line: “Stop it”* – instead of arguing and trying to suppress negative thoughts – you need to replace it with something else to think. There they are.

Then baby step it into a slight positive:

There she is. She’s human.

There she is. She’s a daughter of God.

There she is. She’s a daughter of God and has value.

It’s not a fast process. It’s a baby stepping process. But it DOES work. I promise you, this works!!! It’s so liberating too. Thinking negatively only makes you feel negative. That’s terrible. But thinking more neutral thoughts to then positive thoughts is empowering and freeing. It’ll feel so good to you to be able to look at yourself or this other person and not think horribly negative thoughts like you used to. It’ll be such an achievement to see yourself in the mirror and instead of cringing – you feel love, acceptance, and motivation to take care of you. It’ll feel like such a success to see that person you didn’t like for so long and not have those icky feelings in your gut as you once did. That you can look at them with neutrality and even love.

The answer is an easy one but it does take lots of practice and you can do it. Baby steps, my friends. It’s the key.

What about Bob edited version – I’m not in anyway affiliated with this company. I’m just grateful that they offer clean movies for my family to enjoy. 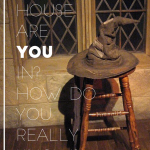 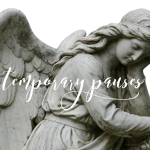