We’re pretty big Harry Potter fans at our house. I have four kids and they each claimed a different house. My oldest is a major book worm and is very witty so she resonated most with Ravenclaw. My oldest son is ambitious; whenever he likes something he’s all in (now how to channel it to something productive…-the mama’s dilemma), he also loves reptiles and I’m sure wishes he could speak Parseltongue. My younger daughter is an animal whisperer…like really. She’s very patient and loyal with her furry friends so naturally she claimed Hufflepuff. Then my youngest son…he’s 100% the youngest kid -“there were rules? What?” He’s completely without fear (which scares me to no end). So you’ve already guessed what house he’s claimed as his own…Gryffindor!

So, what house are you? Do you know? Why do we care about this? Why do we do that – put ourselves into these houses? Why when we do that -we feel connection and pride in our fictional house? My kids aren’t the only ones either. Millions and millions of people do this too and not just with the Harry Potter houses. The personality profiling industry is a multi-billion dollar industry. This is something that we as humans gravitate toward and find that it fills a need of ours. But what is that? and why?

Don’t get me wrong, I’m right there with all of you too. Although I shamefully don’t know what house I’m in – I have taken a few personality tests in my life and they’re really fun. I like them too! Several months ago I took the Meyers-Briggs personality test* and found that I resonated the most with it. It told me I’m an ENFJ -The Protagonist/Giver/Teacher* – Extroverted, intuitive, seeks more towards feeling than facts, and leans towards the judgement side (likes order and structure rather than the “go with the flow” contrast).

The test took approx. 15 minutes to take (maybe even less) and all of the sudden I had an identity. I was told that I was “people focused…Understanding and caring about people, and I have a special talent for bringing out the best in others. ENFJ’s main interest in life is giving love and support.” – Who wouldn’t want to claim this as their own? And I’m not arguing with it either – I do love to be around people and caring for them. It’s no wonder why I resonated with this. As I was reading the very comprehensive report, which by the way, took longer to read the findings than it did for me to actually take the test itself, I found things that I didn’t feel were 100% “me” but that maybe I wanted to strive for? My logical brain was telling me, “You know this isn’t true. This is a generic test that doesn’t know YOU.” So why was I feeling this strong desire to connect with this?

We all need validation. We need for someone or something to tell us we’re doing okay -that we’re good people -that we want good things. We don’t quite believe that we’re brave and daring like those in Gryffindor but deep down we want to be. We want to believe that if we were Harry we’d save the whole wizarding world and Muggle world combined. We want to feel special and unique and these tests, putting ourselves into these categories serves a portion of that need.

The test tells me I’m an excellent mutli-tasker so as I go through my day and I’m juggling my four kids, activities, my work, dinner, etc. I pat myself on the back because, that’s what ENFJ’s do, right? It’s who I am. I look for evidence to prove this statement true.

Likewise, the test results say that because I’m an ENFJ I have a fluctuating self-esteem too – so when things aren’t going well I can use it as an excuse to feel inadequate. It’s just because I’m an ENFJ. I’ve given myself permission to rock on in my pity party.

Do you see how it could pose a problem? When I rely on those tests I’m not taking responsibility for MY ROLE in my life. I’m giving the credit to this test when I do positive things – High five, you ENFJ, you! But I’m also dumping responsibility on the test when I don’t do as well as I think I should have. It gives me an excuse to not take responsibility myself: It’s just that darn ENFJ part of me. We’re always doing that kind of thing.

When we do this we’re boxing ourselves into these small categories. There are always exceptions to the rules and YOU GET TO DECIDE WHO YOU ARE.

We seek so much to find “our tribe” to know who we are. It’s so much easier to let someone or something else TELL US who and what we are. We want a sorting hat to tell us where we’d be great – where our strengths and talents lie – And in some cases we BECOME who it told we are because we believed it. Which can be a great thing – who wouldn’t want to be: a natural leader, charismatic, warm and selfless, etc (all taken from the 16 personalities site – cited below)??? It gives us permission to believe these things about us. It’s more difficult to tell yourself that you’re a natural leader because your brain is going to remind you of all the times you failed to lead and it’ll whip out those memories or limiting beliefs to prove to you that you’re not a leader. But even that isn’t true.

We don’t like to argue with ourselves. Our brain is super convincing. So instead of believing that you’re a natural leader you instead slink back and believe that if others could see you, then they’d see who you really are, that person that failed. But it doesn’t have to be this way!!!

We are what we BELIEVE we are. We BECOME what we think we can be. It’s NOT the test that is all powerful and prophesying. It’s YOU believing in it that makes it so.

We don’t NEED a test for us to find our tribe or to know who we are or what we can become. You’re amazing and capable of incredible things. You just need to believe in YOU and your power as a child of GOD, as a divine person with a divine purpose and destiny.

Julie B. Beck, Relief Society general president: “You are literally spirit daughters of Deity, ‘offspring of exalted parents’ with a divine nature and an eternal destiny. You are treasured children of the promise. If you will keep the Lord’s statutes and commandments and hearken to His voice, He has promised that He will make you high above the nations in name and honor and praise”*

“In the Bible, it plainly states that “all of you are children of the most High” (Psalm 82:6). Jesus confirmed that God is literally “your Father, which is in heaven” (Matthew 23:9). As such, you have inherited spiritual traits from God, just like you’ve inherited physical, genetic traits from your mortal parents. These spiritual characteristics are unique to you, and they can help you feel connected with your Heavenly Father.”*

If you want to know WHO you are you first need to know WHOSE you are. While those tests can give you a starting point: direction and permission believe certain things about you – but don’t stop there. Learn who you truly are – it’s not a Gryffindor or a Ravenclaw. It’s not an ENFJ or an ISFP. You are a child of God with limitless potential to become. It starts in your thoughts – it starts in what you believe is possible. 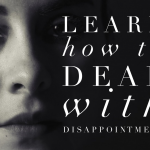 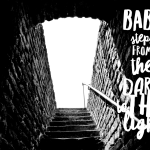