Why Did We Stop Dreaming?

Yesterday was awesome – I was able to get in touch with friends that I haven’t talked to in a long time and loved that! But I noticed a trend with each conversation – something said – each one of them in a quick, nonchalant manner mentioned wanting to pursue something but then had dismissed it and labeled it as silly or ridiculous even or “in another life perhaps”.

I didn’t notice it at first – but throughout the day there was just this theme or topic that kept popping up.This had me quite fascinated because…why?…why do we sometimes think it’s silly or ridiculous to imagine ourselves doing something other than what we’re currently doing? Why won’t we allow ourselves to dream?

I love when on rare occasions I’m able to have a lucid dream – where you’re still dreaming but you’re aware that you’re dreaming. It’s fun because you can manipulate the outcome in the dream or just allow it to see where things would go.

It’s important to allow ourselves the freedom to play out these thoughts when they arise. Someone yesterday said that they wished they would have taken up ballet. They’ve always loved to dance but never studied formally. When I asked why they didn’t pursue it the answer was that it was “too late” for them. All the prima ballerinas are young – what would be the point?

Another friend said she dreamed about traveling and seeing more of the world but felt resigned when those thoughts came up because it’s too expensive and really, how could she ever come up with that money or time?

Another friend said that she’d always wanted to try acting in theatrical productions. But it’s ridiculous – in another life maybe.

Each person had a dream or a thought – they felt some internal pull towards something different but each quickly dismissed it with reasons why it’s foolish to even think that.

It’s quite remarkable that for so many adults at some point in our adulthood that we decided that it’s just too late to dream. For some kids it seems like that’s all they do is dream and imagine what kind of life they’ll have, what they’ll be when they grow up, how many things they can be.

My son just today was telling me about his dream of living on Mars. He told me what it would look like, what to expect, why he wanted to live there.

My youngest daughter told me while we were making dinner about her plans to open a business of taking care of animals when she grows up- kind of like a pet playdate/hotel. She and her BFF would groom the pets, they’d play with them, snuggle them, and just let them feel loved. She had a name for it and she already had a business partner! (She’s 8 btw)

Harun Yahya said, “I always wonder why birds stay in the same place when they can fly anywhere on the earth. Then I ask myself the same question.

Why do we choose to remain where we are when there’s something inside us, pulling us to explore another path?

Most of the time though -we don’t even allow space to let the dream sit with us for a few seconds before labeling it as something negative or frivolous.

Who made up the rule where at “such and such” date and time you are now “too old” to dream???

Kids live from an abundant mindset – There’s no reason for them to think anything other than it will work out. If I really want it – it will be. There’s no room for doubt – it just IS.

The key is in the details. Allow yourself time, space, and freedom to dream. I’m certain that we each came to earth with a plethora of talents and unique gifts. Some we were able to foster when we were young but some of these gifts and talents are meant for you to rediscover NOW.

Several years ago this couple in their 70’s moved into our ward and I was so amazed to learn about all the things they accomplished and were still working towards. The husband had always wanted to play the cello so in his retirement he took lessons, he learned he had a talent for it and so now he plays the cello. He also wanted to play the violin so he took lessons and plays in the symphony now as the concert master! Another hidden talent he didn’t know he had. He wanted to learn German so he started learning and is now speaks German and joined a German choir. He and his wife lived in Mexico on a mission there. They speak Spanish. They wanted to learn how to garden so they started a garden and work on it daily.

I was so inspired by them…and all this within the last 10 years. If they didn’t allow themselves to dream a little how would they have ever found these things that they’ve become passionate about – and had a innate talent for?

It’s never, ever, ever too late to dream. When those thoughts arise that tell you: This is silly, that’s ridiculous, you’re too old, it’ll never work, how could I ever afford that? I’ll never be good at it so why even bother? People will think ____________ about me, etc. etc. etc

Tell yourself: Self, it’s okay. I’m just dreaming. I just want to dream and see where this takes me.

Maybe after letting it run its course you will find that it is indeed ridiculous and that’s not where you want to go – like that time that a good friend of mine showed me her gorgeous bobbin lace that took her months and months and months to make. I had these visions of sitting down and creating my own such beauties so I asked her to teach me. I learned that I’m horribly uncoordinated for such a task and as lovely as it is – I’ll continue purchasing any lace needs from Hobby Lobby.  But how would I have ever known that if I didn’t dream in the first place?

Let yourself dream. Think like kids do – they have so many details. Let it all just run its course and maybe, just maybe you’ll find something that sets your soul on fire.

Your wings ALREADY EXIST. All you have to do is FLY. 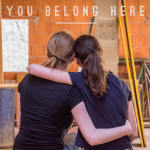 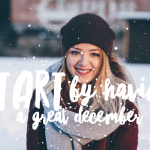