To Show Us What Is Possible

Yesterday I saw a short clip of an elephant in front of a standing easel. The trainer next to him dipped a long paintbrush in wet paint and handed it back to the elephant. I watched as the elephant ever so slowly took the paintbrush in its trunk and painted precise strokes on the canvas. I didn’t know what the elephant was painting yet. I just knew whatever it was doing, it was doing very deliberately and purposefully. After a few minutes a shape took form and to my utter amazement this elephant was painting a picture of an elephant! and doing an incredible job at it! – like WAY better than I could do! (watch the clip down below)

I leaned over to my husband just astounded and brimmed with questions and with doubt. Can that be real? How is that even possible? How would one go about teaching and training an elephant to be able to do that? Why would the elephant want to do that? HOW????

This started a conversation between us that left my head spinning with thoughts. My husband said, “I think Heavenly Father lets us see these amazing things from time to time to show us what is possible.”

We, as humans, place so many limitations on ourselves (and on others) that we are blinded to what really is possible. We doubt and create these barriers that those goals or ideas of what we once thought might have been doable seem impossible now and so we give up, we walk away, and we never know what might have happened.

“The only place where your dream becomes impossible is in your own thinking.” – Robert Schuller

Here’s another example of the impossible being made possible:

Leslie Lemke: born with multiple problems, severe birth defects, and had to have eye surgery where the doctors removed both of his eyes. His mother, not knowing what to do with such an extreme case gave him up for adoption. When he was 6 months old a nurse, May Lemke (who was incredible in her own rite – 52 years old with 5 kids already) adopted him. He needed LOTS of care and lots of help. He had to be force fed and taught to swallow. He couldn’t even stand until he was 12 years old and then it took years to learn to walk. These small miracles took years of sweat and toil on those around him to teach him and work with him.

When he was 14 years old. An impossible thing happened. May was woken up from her sleep to hear Leslie playing an intricate Tchaikovsky piece perfectly. He had no music training whatsoever, yet here he was playing back a piece of music that he had heard earlier that evening on TV.

He went on (to this day) still being able to replicate anything anyone can throw at him perfectly and flawlessly. He composes his own pieces often adding lyrics and other things. (see sources below to learn more about Leslie)

Leslie has savant syndrome (a condition in which a person demonstrates one or more profound and prodigious capacities or abilities far in excess of what would be considered normal, yet often also has significant deficits in other areas of brain processing.*)
So we see things like this and we think, “Oh, it’s because he has savant syndrome. That’s why he can do that”. But what if it’s MORE? What if that area in the brain that has “significant deficits” just quiets or suppresses fear? Doubt? lack? Limitations? – I’m not saying what they can do isn’t incredible – it is by far astounding! I’m just saying to you, what if you’re capable of doing the impossible too???

Why do we set SO MANY LIMITATIONS on ourselves, our abilities, what we can do, what we believe OTHERS can do. We spend too much time thinking about what we can’t do, why people won’t listen to us, why it’s not a good idea. We look for evidence of failure and use it as a reason to give up. “Oh, I tried that once. It did’t work so I’m not going to do that anymore.”

“We have more power than will; and it is often by way of excuse to ourselves that we fancy things are impossible.” – Francois Duc De la Rochefoucauld

Christian Larson said: “We are always imagining something, It is practically impossible to be awake without imagining something. Then why not imagine something at all times that will inspire the powers within us to do greater and greater things?”

Why not? We fill our minds with thoughts every moment of our day – why not shift from the realm of limitations and limiting thoughts to the unlimited? Why not think that within you is a great and amazing power that you can do incredible things.

One of my favorite scriptures is: “I can do all things through Christ which strengtheneth me.” (Phillipians 4:19)

Align your life with the Savior who spent him ministry loving, serving, and showing others that through Him the impossible is possible.

We each have incredible strength within us. We have power to achieve great things. Hand in hand with the Savior to give you strength when you start to falter you can and will do amazing and impossible things.

Meet the amazing elephants that paint 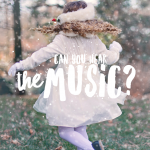 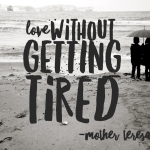