Getting Out Of Negativity

Remember for a moment about a time someone complemented you. It felt good, right? How long did it stick with you? A day? A few hours? The words stay but I’m talking about the high, warm fuzzy feeling. How long did that stay? Now, can you think of a time where you received negative feedback? Or when someone said something contentious or flat out mean to you? How long did that stay? Days? Weeks? Months?

It’s interesting that we tend to hold onto the negative a lot longer than we do the positive. Even after that negative encounter you can have several people close to you counter that remark and sure, it feels nice but it’s not that high, warm fuzzy feeling it would have been without the negative one getting in the way. That negative feeling just lingers. It tends to consume your mind and you just can’t shake those uncomfortable feelings that accompany it. Why is this? What can we do about? How do we get unstuck?

When I first started my business I was on fire. I had so many ideas (still do) that I wanted to share with the world. I was excited to reach out and help women in a truly life changing way as this work had done for me years ago. I put ad’s out so people could see me and so I could get my name and work out into the world so that people would know it’s there. I received many compliments, words of praise, and general excitement for my new business which felt good, validating! Then within the first month I had also received a negative mark on a Facebook ad I had put out. At first I thought it was a mistake. Haven’t you ever accidentally clicked the crying face instead of the heart before? I’m always paranoid that I’m going to do that someday – put the laughing emoji instead of the crying one on someone’s funeral announcement or something crazy like that. But it’s not uncommon, mistakes happen.

So that’s what I figured happened here. It was a really generic ad. It just had my picture and my job title. That’s about it. Pretty unexciting but that’s where I was in the beginning so I was surprised to find two crying emoji’s next to my ad. What??? Why are they sad??? So I reached out to them because I thought, surely, that had to be a typo. No, definitely was not a typo. The woman explained her views about why she didn’t like my work – which was really interesting because all her complaints had nothing to do with what I did. They held absolutely no relevance to my work, my mission, and what I was bringing to the world. But in her mind that’s what she saw and assumed it was. She was pretty negative about it and the whole thing shook me a little bit.

I had a hard time wrapping my brain around this incident. It was silly, insignificant. I had tons of praise. I loved what I was doing and bringing to others. But I just couldn’t get this woman’s negative remarks out of my head. It stayed for a few days and I felt stuck. I couldn’t write posts. I didn’t feel like I had any inspiration. I worried that others would feel the same way and that my business would fail and that all would be lost. Our brains tend to over dramatize things, right?

WHY did I let this one comment – that DIDN’T hold any relevance to me – bother me so much? Why did her comments stick and the positive ones from others not?

Our brains are wired to hold onto negativity. We have something psychologists call a “negativity bias”. This means that we are simply designed to house a greater sensitivity to unpleasant news. This sensitivity isn’t a bad thing. In fact, it served us really well. Our brains are always trying to keep us out of harm’s way and protect us from danger. But sometimes, actually, a lot of times our brains are still highly sensitive to perceived “threats” that aren’t really threats.

In fact, the best place for growth to happen is when we’re uncomfortable. When things are a struggle or a challenge is when we grow and evolve. It during these times that we make deliberate conscious thoughts and decisions because we’re so hyper focused on these events. This is all good because it gets us out of auto-pilot. We start asking ourselves questions, “why is this bothering me so much?”, “Is it true?”, “What do I think about it?”, etc.

Napoleon Hill said, “Strength and growth come only through continuous effort and struggle”.

Not when we’re comfortable, not when things are all daisies and roses, not when we’re showered with compliments and praise but when we’re facing challenges, when we’re face to face with a naysayer, when we have to deliberately decide that what we’re doing is worthwhile and valuable to you.

By choosing to focus on what’s good. Focus on the positive. What IS going right? Why is it of value to YOU? What good will come from this?

Instead of seeing this negative comment as a blow and a failure, I could see it as a success. I could see it as my name and work are getting out there. It’s the internet. There’s always going to be someone who disagrees with you and the anonymity gives naysayers a safe platform to spread their negativity. All that one comment meant was that I was covering more ground and that is a success! I could see her comments as completely irrelevant – which they were – and think of it as a challenge, “how can I articulate my ad’s so that people do know what I’m sharing?”

By consciously choosing where our focus and energy goes helps us get out of the slump. Instead of going to your friend and “venting” about all the things that went wrong – why not tell her all the things that were great. This isn’t to say you can’t share all the parts of you. We need to share our ups and downs. But just make sure it’s a deliberate choice you want to make and not a “have to” reaction.

If I choose to call a friend and vent I do it knowingly. I tell myself, I’m choosing to do this and wallow for a bit. This is an important step because if I’m choosing it – I can UNCHOOSE it when I’m done with feeling that way.

We choose how we feel by the thoughts we hang on to. If I’m stuck in negativity land it’s because I’m thinking thoughts that are creating negative emotions. By asking myself what went right, I’m switching my focus – my thoughts to recalling the positive things that happened. Which in turn will create positive emotions.

Negative comments and actions of others doesn’t feel good. It’s not supposed to. It’s supposed to be uncomfortable. But it’s also an opportunity for growth, for learning, for becoming who you want to be.

Look for the positive.

Ask yourself, What went right?

And see how your mood lightens and your outlook improves.

If you’re struggling with this it’s okay! Set up a mini session with me and let me coach you. It’s FREE. You have nothing to lose from this and everything to gain. Try it out today. 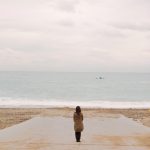 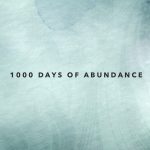